* The Hated, Huddled Masses (from Commonweal magazine)
* Should We Have Built a Wall in 1900? (from National Catholic Reporter)
* Terrorism & (Yesterday's) Immigration: (from Newark Star Ledger) 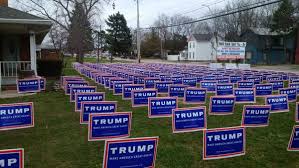 * America's Real "Diversity" Problem (from Newark Star Ledger)
* How We Became the United States of Dystopia (from The Washington Post)
* The Long, Tortured History of Hunger Strikes (from America magazine)
* The Bloodiest, Deadliest (and largely Forgotten) Riots in U.S. History (from Irish America magazine)
Posted by Welcome to Tom Deignan's Blog... at 8:58 AM 1 comment:

* How Babe Ruth Changed the World (from America magazine)


* Fiorello LaGuardia's Great Mystery (from The New York Times)
* Anotonin Scalia: From Jersey Boy to Legal Giant  (from the Newark Star-Ledger)
* The Complex Life of Eunice Kennedy Shriver (from National Catholic Reporter)
* The Forgotten Ruthlessness of George Washington (from America magazine)
* The Enduring Power of John Ford & John Wayne (from Irish America magazine)
* How Thomas Edison Found his Famous Home (from NJ Monthly magazine)
Posted by Welcome to Tom Deignan's Blog... at 9:43 AM No comments:

BASED ON THE BOOK: Two Immigrants, One Lesson for America (from Newark Star Ledger) 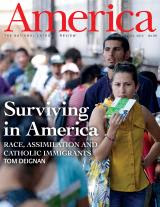 RECENT & RELATED:
* The Supreme Court's Catholic Problem (from The Washington Post)
* What We Choose to Forget About Yesterday's Immigrants (from Newark Star Ledger)
* Trump, 'The Nix,' & America's 'Worst Catholics' (from National Catholic Reporter)
* Jay-Z, O.J. & 'Racist' Leprechauns (from The Irish Voice)
Posted by Welcome to Tom Deignan's Blog... at 6:54 PM No comments:

An Interview With HBO's Writer, Producer 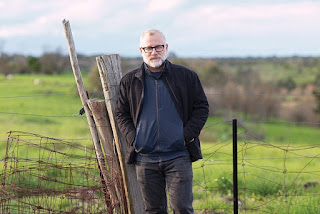 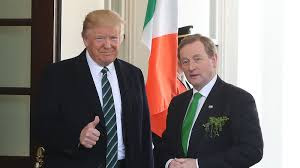 The Big City KKK
What Really Divides Us
The Long, Deadly Shadow of the "Old" Cold War
The Faith of Science Fiction
From Babe to LeBron: Catholic Schools & Sports
On Religion, Time To Grow Up
The Catholic Church's Forgotten Victims
The Real Problem With Affirmative Action
There Is No Conspiracy!
How to Shut the Birthers Up
The Truth About the American Dream
The Police and Hypocrisy
Is It Cake or Christian 'Art'?
Losing the Patriot Game
What America Gets Right
It Ain't the Civil War We're Still Fighting

In Defense of Poor Gwyneth
The 60s Over? No Way, Man!
The Good News About TV's "Bad" Guys
The Myth of Raging Female Hormones
Are Americans Still Afraid Of Sex?
The Burbs They Are A'Changin'
Ban These Books! Please!
The Dark Side of Data
The Long, Strange History of "Fake News"
We Are All Hippies Now

Learning to Love the "Mega-Commute"
Let Your Kids Fail!
Kids Aren't the Only Tech Addicts
Nothing Funny About TV's Dumb Dads
3 Simple Rules for New Dads
Parenting Advice? Thanks But No Thanks
Should Athletes Be Prosecuted For Trash Talk?
Reading: Hazardous To Your Health?
Parents Already Have It All - That's The Problem
The Problem With Boys
Why We Need the Elite (To Bash Them, Of Course!)
A Radical Proposal for College
We Love the (Suddenly-Respectable) 80s
(Don't) Do As I Do
What's Not to 'Like'? Plenty!

INTERVIEWS WITH AUTHORS, ACTORS AND MORE

"White Trash: The 400-Year Untold History of Class in America" (America)
"Dark Invasion: 1915, Germany's Secret War and the Hunt for the First Terrorist Cell in America" (Star Ledger)
"The Forgotten: How the People of One Pennsylvania County Elected Donald Trump and Changed America" (National Catholic Reporter)